Karl is an experienced commercial litigator and appears regularly in state and federal court, as well as in administrative proceedings throughout Nevada. He represents a wide variety of clients with an emphasis on real estate litigation, construction law, title insurance issues, and corporate disputes. As a member of the firm’s Litigation practice group in Las Vegas, Karl is a key part of the firm’s litigation practice in Nevada.

Karl is also an active speaker and writer on various topics.  He has participated in writing and editing the article “Flying Unmanned Aerial Vehicles in Nevada,” which was published in the September 2015 edition of the Nevada Lawyer.  He was a guest speaker on Unmanned Aerial Vehicles and privacy issues at the United States District Court conference in Las Vegas. He has also spoken to the graduating class of the Trial By Peers program, a juvenile diversion program that allows high school students to serve as peer counselors and to participate in trials of teenagers accused of various minor offenses.  He has been the concluding speaker at the Liberty Bell Award Ceremony honoring the recipients of the prestigious Liberty Bell Award. In conjunction with the chief federal judge, he spoke to the Downtown Cultural Arts group about legal issues.  He was interviewed and quoted several times in an article for the publication “The Sunday” in the Vegas Inc. section titled “A Good Time for an Internship.” He was pictured on the front of the Clark County Bar Association’s Communique magazine in its November 2015 issue for attorneys recognized for giving back to the community.

An avid history buff and sports enthusiast, Karl counts some of his favorite recent experiences which were a trip to Gettysburg, Pennsylvania for the 150th re-enactment of the great Civil War battle, and a surprise birthday trip to Dallas, Texas to see the NCAA Final Four Basketball Tournament.

Admitted to Practice Law In: 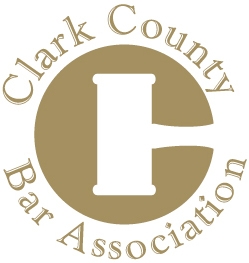